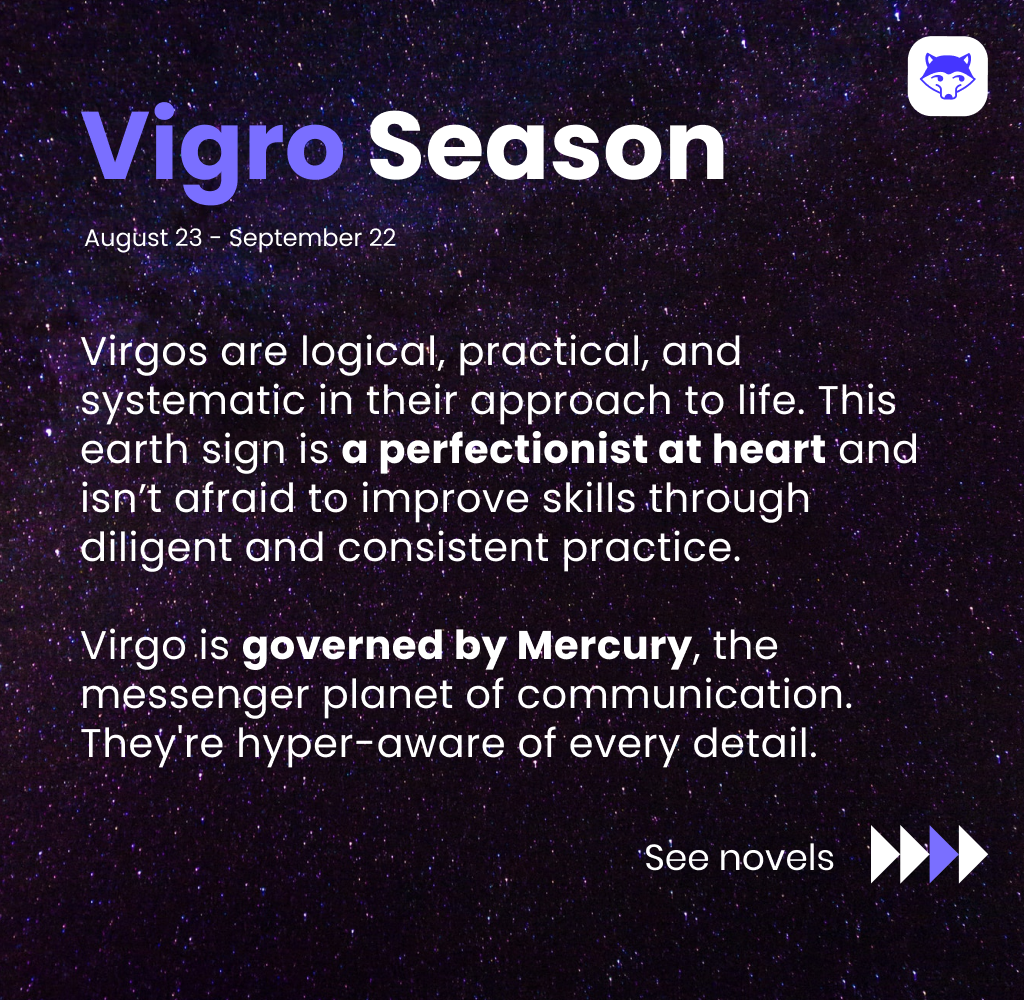 Virgos are logical, practical, and systematic in their approach to life. This earth sign is a perfectionist at heart and isn’t afraid to improve skills through diligent and consistent practice. Virgo is governed by Mercury, the messenger planet of communication. They’re hyper-aware of every detail.

Starting a new chapter, we wish to stay strong, inspired, and sensual. And don’t forget to ask the stars for a piece of advice. To start a new season, AlphaNovel shares TOP books to read for Virgos this September 💫

Amanda was just trying to escape her pack from a monster that wants to rip her apart and devour the pieces. But she might have just stumbled onto something worse. Alpha Zale finds her on the edge of his property and if she wants sanctuary, there’s only one thing she can do, submit. But the demon she’s found isn’t just any Alpha. He’s her mate, and he likes to share. And will the one she’s run from really let her get away that easily? Or is Amanda about to be caught in a battle between devils that want far more than her soul? A dark dubcon RH adventure.

According to Zachary, Leda always says yes—and this time he wants her to say it to him, once and for all. Leda’s life is at a low point—jobless and living with her aunt and her aunt’s husband in Heart Lake, Saskatchewan, far away from the hustle of the city. Her only link to that more exciting world is her aunt’s husband’s son, Zachary Benson. But Zach is a hard person to get to know and an even more difficult person to like, so Leda is shocked to learn Zach’s had a crush on her for years. Since her aunt married his father a decade ago, Zach has never been particularly nice to her, mocking her for being a people pleaser who only says yes. Leda is willing to go along with the unusual plan on the condition that it won’t involve any threat to her heart. Since her parents’ deaths, she has armoured herself against losing anyone else she loves, and that makes her determined to never love again. But the more nights she spends with Zach, the harder it is going to be for Leda to keep that promise.

“Sonja is down on her luck waitress. Her bills keep climbing and she’s stuck in an embarrassing job with no way to escape. She gets a letter from one Jasper Bright. He demands she come to see him that very night. There’s only one problem, Sonja has no idea who he is. Her boss has been acting very strange lately. Ever since she received that letter he’s been almost possessive, but that couldn’t possibly be true, right? But these men are holding a secret of their own and when Sonja stumbles onto it, her normal everyday troubles are over and she’s got a whole slew of much more worrisome ones to deal with. Just what are you supposed to do when you find yourself in the center of two possessive vampires?” 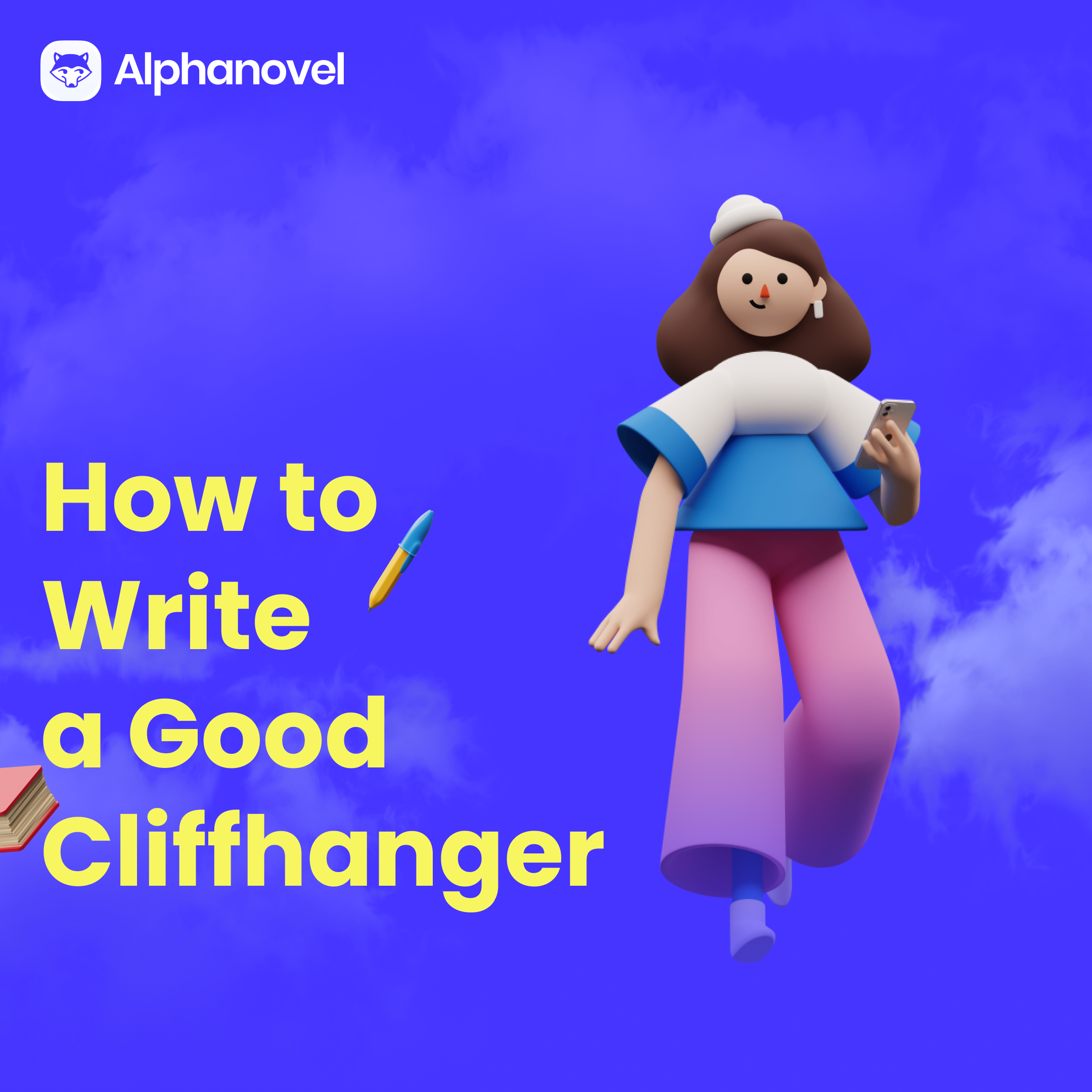 How to Write a Good Cliffhanger

If you really want to hook up the reader, learning the art of cliffhangers is a must. Leave everyone impressed and craving for more by turning the full stop into the three dots (metaphorically speaking). Read our… 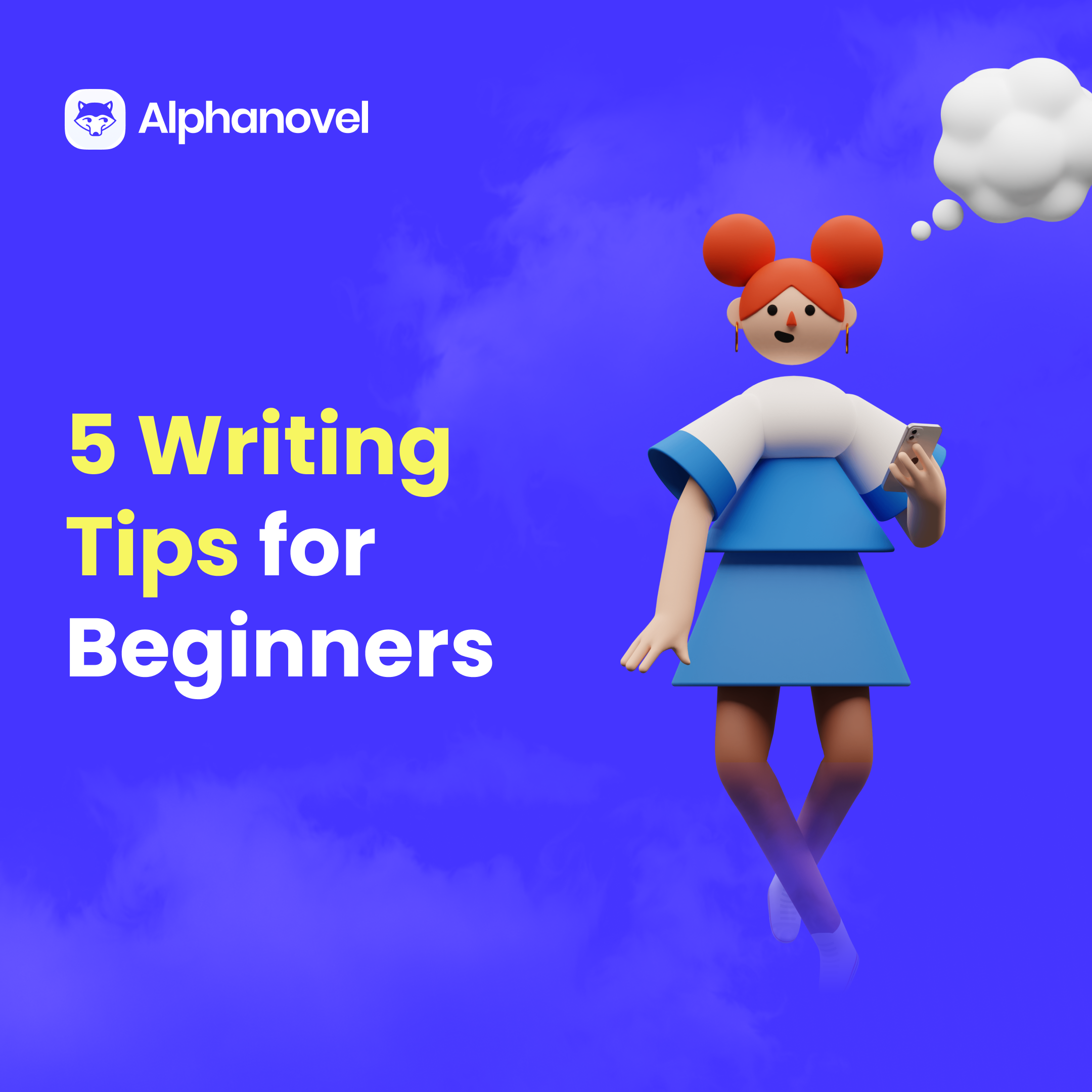 Being a beginner doesn’t mean you can’t write well. In many cases, all you need is simply polishing your skills. Trust us with some tips on how to bust the newbie roadblocks – and pen your first… 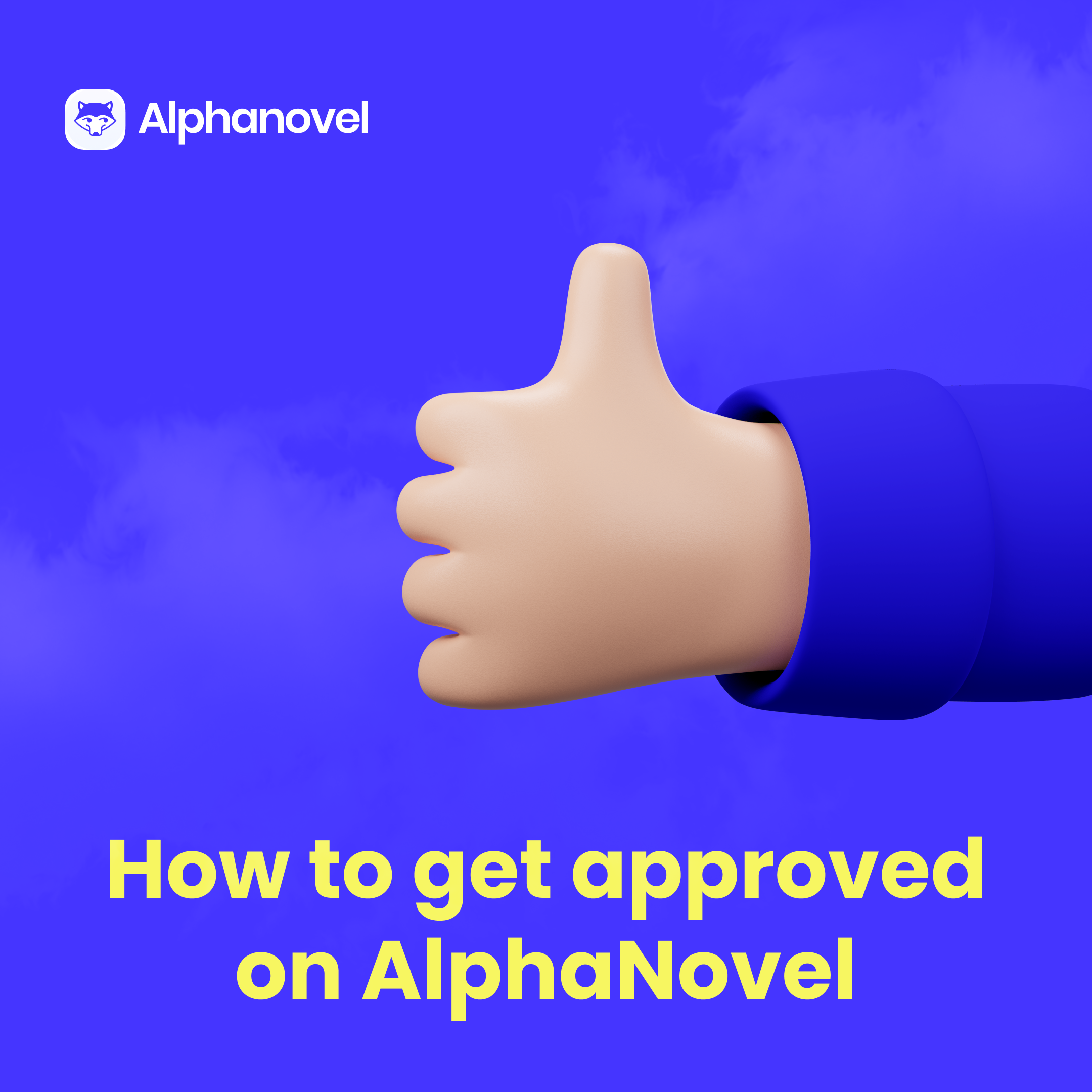 How to get approved on AlphaNovel

AlphaNovel’s editorial team works to give the authors the best writing experience and users the high quality content. To make sure that there is a perfect match between fans of romantic novels and books, our team has…